Mexico will not send workers to Canadian farms with Covid outbreaks 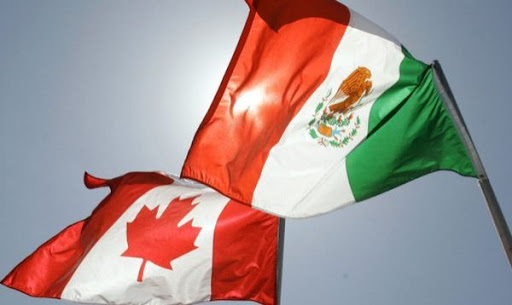 An internet ad brought Rogelio, a 24-year-old Mexican, to Leamington, Ontario, Canada, to join the farm jobs Green Hill Produce. In March, he was hired by the company on irregular terms - since he was not part of the bilateral program of Seasonal Agricultural Workers, which excluded him from rights, including social security -, to a large extent, that was led to his death by Covid-19 on June 5.

Rogelio is one of the two Mexicans who have died after becoming infected in Canadian fields, where the spread of the virus has been reported in more than 300 nationals. This has led the Mexican government to decree the provisional suspension of sending farm workers to farms in that country where Covid-19 outbreaks have been reported.

The Mexican embassy in Ottawa reported this Tuesday that our country will not send more agricultural workers to the fields of Canada until the conditions to protect their health are guaranteed and it is clear why two Mexicans died due to the pandemic. This happens a few days after the entry into force of the T-MEC.

Yesterday, President Andrés Manuel López Obrador and Canadian Prime Minister Justin Trudeau had a telephone conversation, where, among other topics, they discussed the contagion of Mexicans and the death of two of them. This morning, in a conference, the Canadian minister promised to follow up on the investigations into this Covid-19 outbreak on farms in his country.

Both nations established the PTAT in 1974 and due to risks from Covid-19, this is the first time in 46 years that no workers will be sent, although the measure only applies to farms where outbreaks of the disease have occurred.

According to information from the Mexican embassy in Canada, at least 302 Mexican workers have been infected with Covid-19 in the fields of that country - in addition to the two deaths, two more are reported serious. Therefore, the diplomatic headquarters has requested an investigation in this regard.

From these episodes, the government of Ontario announced the realization of 8 thousand tests among agricultural workers in the province.

Officially, the death of two Mexican agricultural workers has been reported after being infected with Covid-19. He is Bonifacio Eugenio Romero, 31, who died on May 30, just 30 minutes after being admitted to the hospital; and Rogelio Muñoz Santos, 24, on June 5, after several days of suffering from the consequences of the virus.

Relatives of the young man told The Journey the story of Rogelio, who arrived in Toronto in February 2020, as a tourist. One day, he saw an ad on the internet where a contractor offered attractive working conditions for Mexicans in Canadian fields.

Along with two other people, the young man from the small community of Monte Alegre, in the municipality of Tecpactan, Chiapas, traveled 355 kilometers to the community of Leamington, in Ontario. The contractor offered work for 60 hours a week, paid C $ 12 per hour, in addition to accommodation, food and transportation.

However, the man they contacted through a Facebook post corrected: they would have to pay $ 270 a week for food, transportation and a hotel room that four would share. Although it was not the promised conditions, Rogelio and his companions decided to stay, as they had made a long trip and despite the payments they had to make, the salary was still attractive.

They were not considered within the PTAT, since they did not have work permits. In the long run, that led to his death.

Before arriving in Canada, the young man battled a leukemia that seriously undermined his health. That disease left him suffering from anemia - which prevents the generation of enough red blood cells to oxygenate the body. He arrived in Toronto with just one bottle of drugs for his treatment and since he could not get it without a prescription in this city, he had to start dosing the medicine to the extent of breaking each pill into four portions.

After several weeks of work on the farm of Green Hill Produce, Rogelio and other workers began to show symptoms of Covid-19. Their employers simply told them not to show up for work, but because they did not have social security and were not part of the PTAT, they were not given any tests or given health care.

Covid-19 took advantage of the anemia that Regelio suffered and charged him a bill. One of his friends took him to Windsor Hospital, where he died on Friday, June 5.

The Mexican embassy in Canada requested an investigation to determine the conditions in which the Mexican was hired, as well as to know the sanitary measures implemented in the company to prevent the spread of the coronavirus among employees. Sources from the diplomatic legation indicated that the investigations are ongoing and consider both the company and the contractor.

Because Rogelio's family did not have the resources to repatriate the body, his cousins ​​mounted a petition on the site. Go fund me, in order to collect resources for this process, which can cost from 10 to 12 Canadian dollars.

His story shocked the community in that country and 265 people donated from five to a thousand dollars to get the young man's body sent to his hometown. So far more than $ 14 has been raised for their repatriation.